Congratulations to our client, Rotolight, for raising £5m in funding

The funding will enable Rotolight to realise its plan to develop 15 new products over the next five years. It will also help to expand the business to nearly five times its current size.

Richard Court, Head of Development Capital at Octopus Investments, commented: “The company has developed a range of market-leading products backed by substantial IP, and our growth capital will be used to further develop the product range as well as capitalising on extensive international expansion opportunities.”

Rod Aaron Gammons, CEO of Rotolight, said: “We are delighted to secure Octopus as part of our team for what will be a very exciting time ahead; delivering on our ambitious plans for growth and developing products that change the way photographers and filmmakers work with light, enabling them to be more creative and efficient in their work than ever before.” 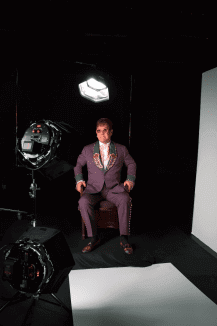 Mathys & Squire partner Dani Kramer commented: “We have been working with Rotolight almost since its inception to protect its intellectual property. It is incredibly satisfying to see the success of the company, and the team being recognised for their product innovation.”  Rod added that Mathys & Squire has “an impeccable understanding of IP law, and draft claims to maximise value from patents.”

About Rotolight
Rotolight is known for constantly pushing the boundaries in its field and striving to create products that provide unique tools to image creators. Its lighting has been used by the likes of ITV’s Dancing on Ice, the BBC, Formula 1, CNN and Disney, and in the production of major feature films including Skyfall and Captain Phillips. Leading where others follow, Rotolight has developed industry-first features for which it has won numerous awards, including over 30 for innovation and technical excellence.

For more information about how Mathys & Squire can help your business, contact Dani Kramer [email protected]

Could innovation in artificial photosynthesis help mitigate global climate catastrophe?
How much is your IP worth? IP valuation – is it a myth, mystery or something more valuable?
Ownership of academic inventions: ‘The Oxford Decision’
T 464/20: Public prior use and standard of proof