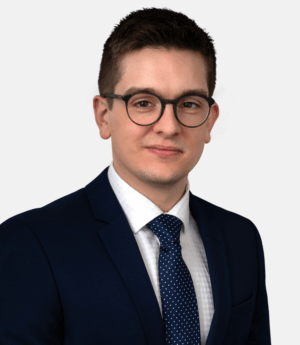 Benoît joined the life sciences & chemistry team at Mathys & Squire in September 2021. He has a keen interest in the small molecule and biological pharmaceuticals sectors.

In 2021, Benoît graduated with a DPhil in chemistry from the University of Oxford after defending his thesis: ‘Design of modulatory peptides against chemokines’, which involved extensive peptide synthesis, protein production, biophysical assays, cellular assays and in vivo studies.

Benoît is an associate member of the Royal Society of Chemistry and a student member of the Chartered Institute of Patent Attorneys (CIPA).