Partners, James Pitchford and Craig Titmus, alongside Technical Assistants Clare Collins and Lionel Newton attended the exhibition at Chrishall Grange, which demonstrated the advances being made in agricultural technology, from crop science to autonomous vehicles.

With digging demos and a drone zone, the event showcased a variety of agri-innovation, including an ‘Innovation Insights’ lightning round, start-up pitch competition. The two-hour segment provided 30 start-ups with the chance to pitch their business to the crowd and showcase the developments and research in the field.

The showground was filled with vast ranges of crops and machinery and included demonstrations such as the Hands Free Hectare: the “future” of farming, with an autonomous combine harvesting wheat in a pre-prepared arena.

With over 20,000 farmers, agronomists and industry professionals, the team were impressed by the diversity, attention to detail and research conducted by all exhibitors and conclude it is a positive and encouraging time for the agri-community.

James commented, ‘One of the most impressive things about the Cereals show was the showground itself. Exhibitors of crops had grown plots of their plant varieties over the months running up to the show, and the displays were outstanding. Trenches had also been dug so that you could see the root structure of the crops being grown. Another show feature was the Syngenta Sprays and Sprayers Arena, in which a parade of farm machinery was displayed, with technical demonstrations taking place as well. The showcase of innovation at Cereals was exciting and we were very impressed by the diversity and the attention to detail, as well as the interest shown in intellectual property.’

For any questions or further information about protecting or commercialising your Agri-tech intellectual property, please contact James Pitchford or Craig Titmus. 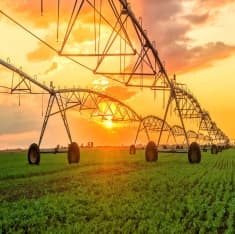