IP in space: 50 years since the moon landing

This Saturday, 20 July 2019, marks 50 years since Neil Armstrong first stepped on the moon, and inspired millions around the world to enter careers in science and engineering.

In the intervening years, we have seen a shift in innovation in the space sector from previously state-owned activities to now private and commercial activities, operated by the likes of SpaceX, Blue Origin and Virgin Galactic.  As a consequence, the protection of intellectual property in the space sector is rapidly increasing.

Blue Origin LLC, for example, have a number of patents granted to innovations ranging from multiple stage rocket systems and new composite structures for aerospace vehicles, to methods for compensating for wind prior to engaging airborne propulsion devices for enabling reusable launch vehicles to land. 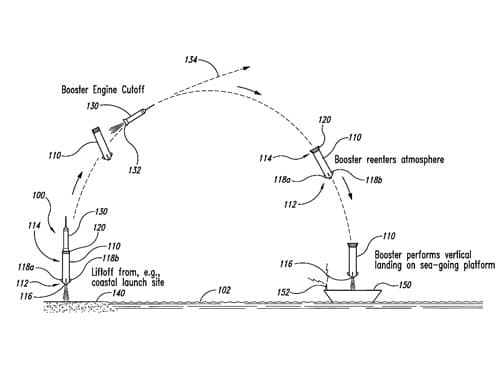 Why protect innovations that are going to be used in space?

Because intellectual property (IP) rights are territorial rights, at first sight, the thought of protecting inventions that are going to be used in space may seem counter-intuitive.

While many other countries don’t have similar provisions written into law, there are reasons those active in the space sector should look to cover territories other than just the US.  For example, before a satellite or innovation is actually in space, it is typically designed and made somewhere on Earth.  Patent rights can therefore cover those activities that take place on Earth.

However, careful thought needs to be given as to how such patents are drafted and where they are filed – what activities are you specifically looking to cover?  If the patent is to be directed to a physical object – e.g. a rocket or engine – then obtaining protection in territories where the object is designed, made and likely to be launched from (both by you and a competitor) seems prudent.  But what if the patent is to be directed towards a new method – such as a new way a satellite may communicate with objects on Earth?  In such cases the patent claims need to be carefully drafted to capture only the activities that are performed on Earth within their scope – otherwise there may be a case of “divided infringement” where the patent is never actually infringed because not all steps of the claimed method are performed in the territory which the patent covers.

The space sector in the UK is growing fast

A recent report from the House of Commons Committee on Exiting the European Union noted that the UK space sector has trebled in size in real terms since 2000 and captures between 6.3 and 7.7 % of the global market, with a turnover in 2014/15 of £13.7 billion.  This figure looks set to grow.

The UK is a world leader in the development of small- and micro-satellites, and the UK Government has committed to enabling low-cost space launch from the UK by 2021, with the view to developing commercial spaceports in the UK.  The protection of the intellectual property in such small- and microsatellites is as important as it is for intellectual property in any sector.  If such small- and microsatellites are to be launched in the UK, then patents covering the UK will cover the making, importing or use of any such satellites in the UK, which is particularly relevant if they are to be launched from the UK.

There are therefore good reasons why those active in the space sector should consider obtaining patent protection as part of a wider overall IP strategy that acts to help preserve their R&D investment and helps them to achieve their long-term commercial goals.

The team here at Mathys & Squire has specialist expertise in protecting IP in the aerospace sector and already work with a number of businesses active in this thriving industry.  If you are looking to protect the innovations in your business, please get in touch with us today.

The extended version of this article has been published by Managing Intellectual Property – available here (login required).