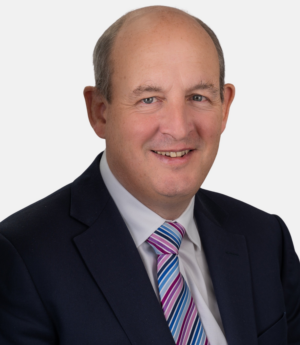 Richard is a principal business consultant in the Mathys & Squire Consulting team. He began his career selling life insurance both during and after his first degree. He later worked in retail management, civil service, a funding body for EU PEACE funding, prior to beginning in-house legal work in 2000. Over the years this work encompassed sectors such as construction (Belfast City Airport), copying equipment (Canon), telecoms (Orange) and software (SAS Software). Since 2000 he has also provided contractual and technology-related assistance from his own company.

In 2007 Richard began work as an IP manager at Rothamsted Research and since 2015, his consultancy work has been focused entirely on IP related projects. Since 2010 he has been invited to speak and deliver training numerous times at international events in Germany, Brazil, China, Russia and South Africa and he regularly is asked to participate in UK based events.

In 2020 he wrote a chapter on IP for the “Growing with Blockchain” book. Richard has worked with hundreds of different innovators across all stages of the innovation process and speaks French and Brazilian Portuguese. He is fascinated by new technologies and enjoys helping innovators as they seek to bring their innovation/invention to the world.

Richard is focused on creating value from innovation. As a contracts consultant and since 2007 also an IP consultant he has worked with numerous companies, individuals and organisations to help them validate their ideas and then to unlock the value in their innovations so that increased revenue can be generated. His work both in multinationals and with smaller organisations has given him insights into key drivers for innovators and innovating companies. His work has spanned all technical areas and he has dealt with companies and individuals in over 40 countries. Richard is a skilled and personable trainer. In 2021, he was invited to become a mentor for the Slovenian Business Angels Network.

Richard graduated from the University of Ulster (now Ulster University) in 1992. His degree focused on French and European Studies and included a year living in France. Subsequently he completed his masters degree in European Integration (a variant of International Relations) and then a full law degree (both at Queen’s University Belfast). Since then, Richard has completed numerous training courses relevant to intellectual property, contracts law and business, most notably the Mini-MBA certificate in 2017.

Richard’s recent work has included IP audit and investment invalidation projects, spanning multiple sectors. He is also involved in helping a number of companies to license out or sell their intangible assets.

In 2020-22, Richard has been part of an international project focussed on “A Brazil IP Office for the 21st Century”. This project is funded by the UK’s Foreign Commonwealth and Development Office and involves direct work with the national Intellectual Property Offices of UK and Brazil. It includes a major international benchmarking exercise, looking at national IP offices such as UK, USA, Republic of Korea, Singapore. Richard’s work also involves one-off projects which relate to solving tricky issues which arise due to license arrangements which are no longer delivering results.